Cannabinoids are a vast class of compounds that can be found in the cannabis plant. These plant molecules have been used since ancient times to create feelings of euphoria, pain relief, and overall wellness. But with so many strains available on the market, each with its own profile, it’s hard to know which one is best for you or your pet.

An Overview of Cannabinoids

Cannabinoids are the chemicals in cannabis and hemp that cause a range of effects on your body. There are hundreds of cannabinoids that are each responsible for different aspects of the user experience. Cannabinoids work in the human body by attaching, similar to a lock and key system, to our Endocannabinoid System. Our bodies produce cannabinoids called endocannabinoids, the most known being anandamide. Even if you are someone that has never used hemp or cannabis your body still has these functions occurring inside.

How Are They Similar?

Today, we will remain focused on three prominent types: CBD, THC, and D8. All three are considered psychoactive (meaning it’s mind-altering) although, CBD is not intoxicating because it doesn’t have any psychotropic effect or “high.”

Both CBD and THC can be used for medicinal purposes to relieve pain and inflammation as shown in studies. (1) All three compounds are available in many different types of hemp products including tinctures, vapes, topicals, edibles, and capsules to name a few. Ultimately, what makes all three of them most similar is each work as neurotransmitters and bind to the CB1 and CB2 receptors of our Endocannabinoid System.

CBD is the most common cannabinoid found in stores because it is federally legal. It was first discovered back in the 1960s by scientists who were trying to discover new molecules of significance within cannabis.

At the time, they did not yet realize the potential CBD would have in creating more education around hemp and cannabis to the majority of people. Often CBD may be the first type of hemp or cannabis product someone may use before exploring the realm of cannabinoids.

Delta-9 THC is most commonly referred to as simply THC. This is because it was the first important cannabinoid discovered that was responsible for the intoxicating effects of cannabis.

Later, scientists discovered more natural plant cannabinoids in the THC isomer group and they are creating some new buzz.

THC (Delta-9) is one of the main compounds found in cannabis that has psychoactive and intoxicating properties. Users report that it produces feelings like euphoria and bliss when ingested or smoked. It also has several side effects that are well-known including dry eyes, dry mouth, and bloodshot eyes. It remains one of the most popular and sought out cannabinoids.

D8 (Delta-8) is a rare cannabinoid that is found only in small quantities in the hemp and cannabis plants. It was discovered by scientists who were studying how CBD and THC interact with the body’s endocannabinoid system. It is part of the THC isomer group and includes a double bond structure.

D8 is psychoactive and intoxicating. Users report delta-8 is a cannabinoid that has mild euphoria, happiness, and uplifting feelings that onset quickly. More research needs to be done on the effects of delta-8 on the body and mind.

It is typically considered a minor cannabinoid that contributes to the entourage effect. An effect that states when cannabinoids (and terpenes!) are used in tandem versus an isolated compound it will change the way in which it works.

Delta-9 THC and CBD are both psychoactive. Delta-9 THC is found in broad-spectrum CBD and full-spectrum CBD but is not found in CBD Isolate. CBD is not intoxicating, which can be a good or bad thing depending on the situation. For example, CBD may help people who are in pain without making them feel high and it also doesn’t have many of the side effects that THC has.

Both cannabinoids can be used in a variety of ways including vape cartridges, tinctures, hemp flowers, prerolls, and capsules to name a few.

With THC, if it is in your body when taking a drug test you will most certainly fail it. On the other hand with CBD products, it will depend on the form of CBD that was taken and if that form has THC in it.

If you are concerned about passing a drug test, we recommend looking for a quality broad-spectrum CBD product. This will have many of the different plant compounds that help create the entourage effect without the THC present. To learn more read our blog about drug tests here.

Delta-8 is an active ingredient in many CBD oil products. Growers spray hemp flowers with Delta-8 distillate often adding terpenes to create what is known as a delta-8 flower or D8 flower.

The Difference in Body Interactions, Effects, and Uses of CBD vs THC

The purity and presence of other compounds seem to play an important role in CBD and delta-8’s effect on users.

CBD is not as easy to distinguish its effect while Delta 8 THC provides long-lasting beneficial effects for an extended period of time when compared to other cannabinoids.

The Difference in Extraction and Forms of CBD vs THC

As phytocannabinoids (plant cannabinoids), both must be extracted from cannabis or hemp plants. This depends on the legality of the state’s cannabis extraction. In both cases, the raw plant material is processed into a concentrated form known as crude. Next, the crude can be distilled or processed even further to refine into a more stable and desirable consistency for inclusion in consumer products.

Delta-8 THC is an isomer of Delta-9 THC. This means that it has the same chemical formula, but a different structure.

Delta-8 THC can be felt almost immediately or within a few minutes, whereas delta-9 THC may have a slightly more delayed onset according to current users. Delta-9 THC has been found to have a greater potency than delta-8 THC with users reporting D8 is around half to a third as potent. Some people prefer Delta-8 because it’s less potent.

Delta-8 THC is a better option for those who don’t want to experience anxiety or paranoia effects as users say that D8 side effects are also less than D9 which has stronger and longer-lasting effects that include euphoria and relaxation. However, there are plenty of benefits to using Delta-9 THC such as alleviating nausea from chemotherapy or chronic pain relief.

CBD vs THC vs D8 Summary

CBD, THC, and D8 are all different types of cannabinoids that have been used for their medicinal benefits. Cannabinoids work together to achieve the best results when taken as a whole rather than individually due to the entourage effect. Remember, your endocannabinoid system is made up of countless endocannabinoids responsible for key aspects of health and wellbeing. If you are interested in trying a full-spectrum CBD product or have any questions regarding these cannabinoids please reach out to someone on the Whole Plant™ team. 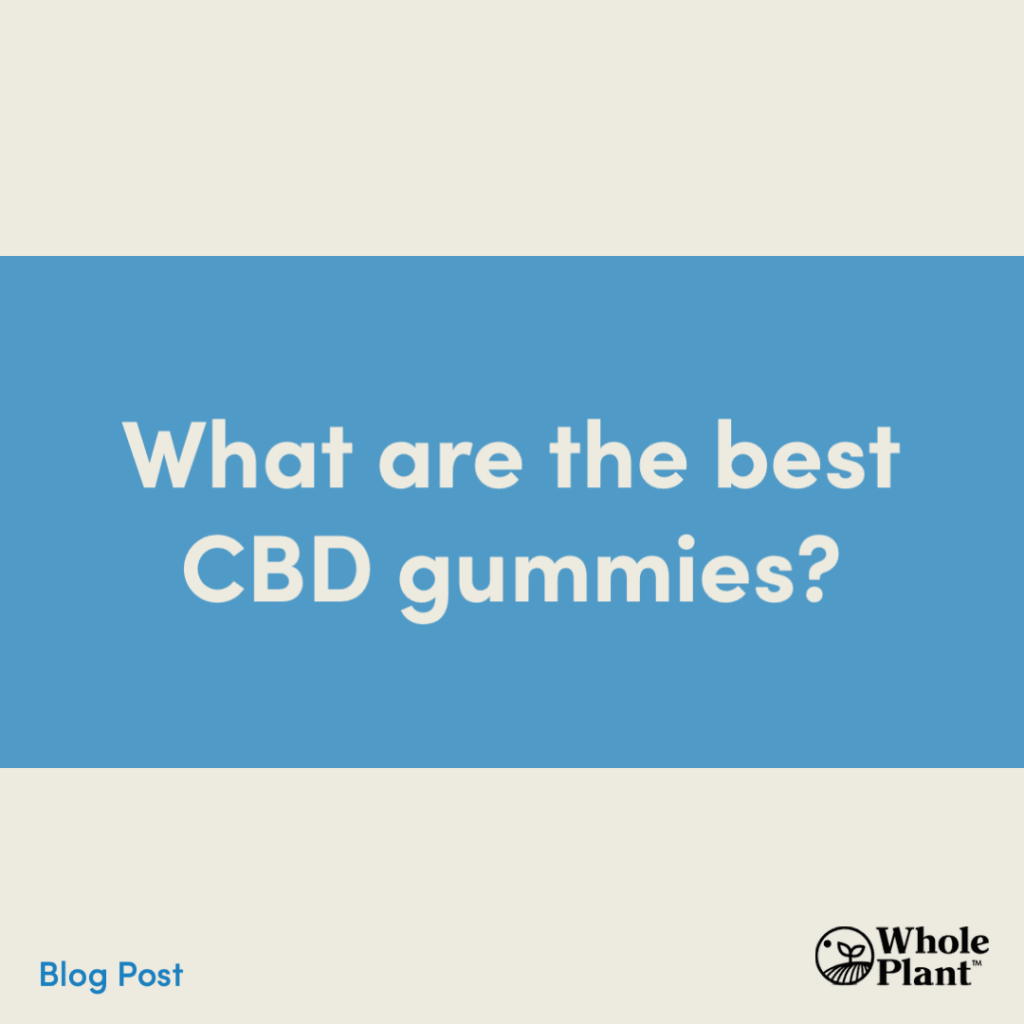 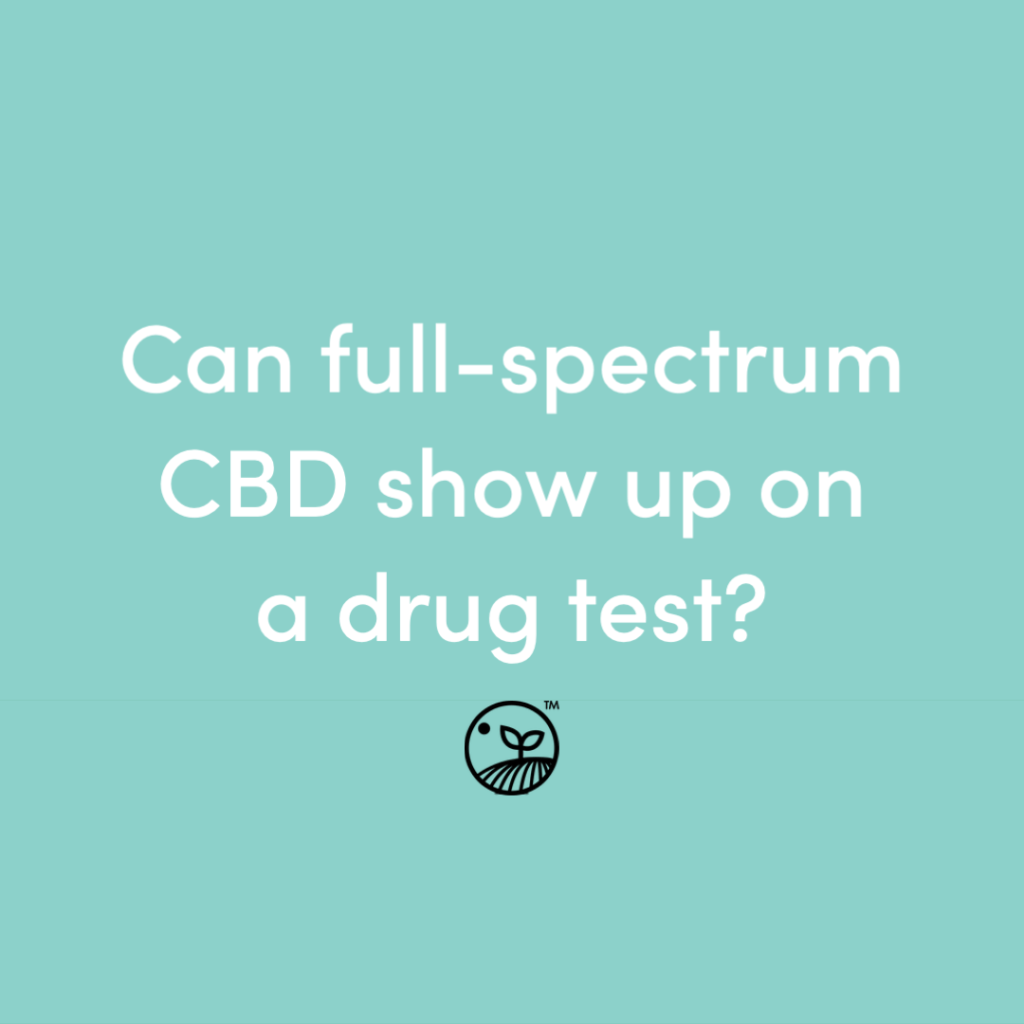 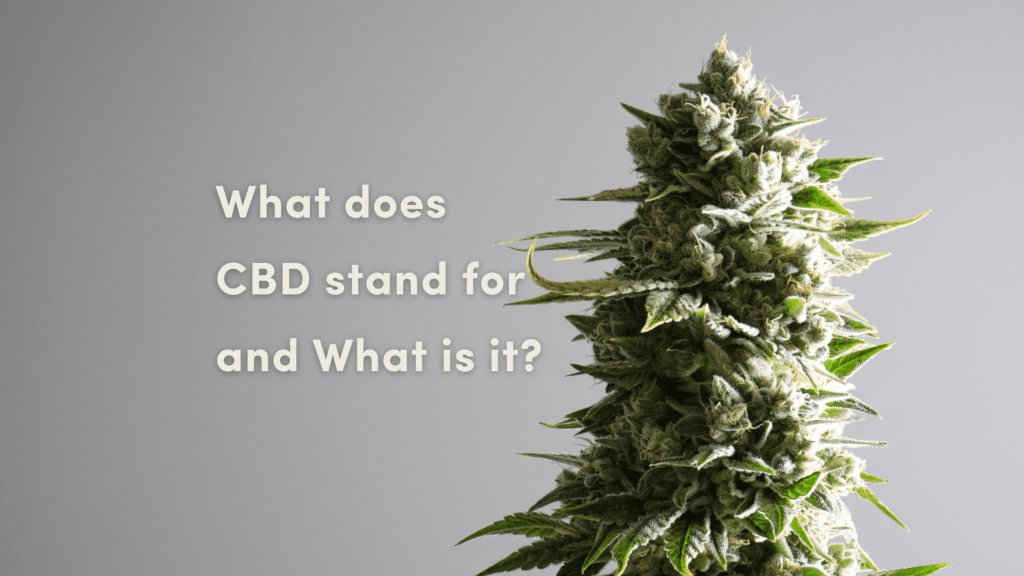 Hopefully you have your flights booked! @champstra

What is Ocimene? This terpene is most associated w

What is Delta-10? One of the newest forms of the T

Have you tried our daily bliss tincture? These CBD

Enjoy $10.00 in Reward Points When You Register.